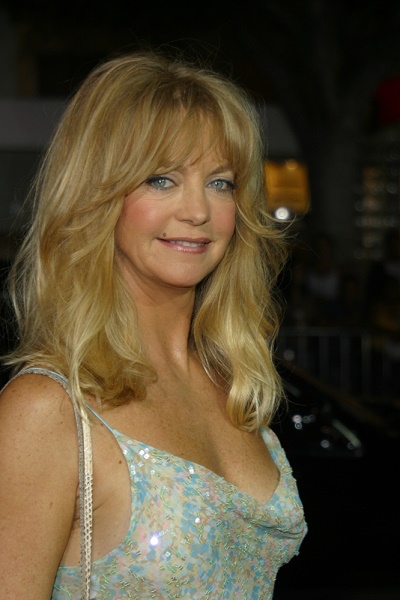 Goldie Hawn is an American actress, director, singer, and producer. She won the Academy Award for Best Supporting Actress for Cactus Flower (1969).

Goldie is the daughter of Laura (Steinhoff) and Edward Rutledge Hawn. Goldie’s father was of one quarter German and approximately three quarters English/British Isles ancestry. Goldie’s mother was Jewish, the daughter of Jewish emigrants from Hungary/Austria. Goldie was raised in her mother’s Jewish faith. She has practiced some aspects of Buddhism, though she has said, “I was born Jewish, and I consider that my religion.”

Goldie’s paternal grandfather was Otto Delphia Hawn (the son of Aaron Madison Hawn and Nannie Ada Hevrin). Otto was born in Missouri. Aaron was of German descent, and was the son of Alfred Hawn and Elizabeth Caroline Whitener. Nannie was the daughter of George W. Hevrin and Elizabeth Ann Green.

Genealogy of Goldie Hawn (focusing on her mother’s side) – http://gw.geneanet.org