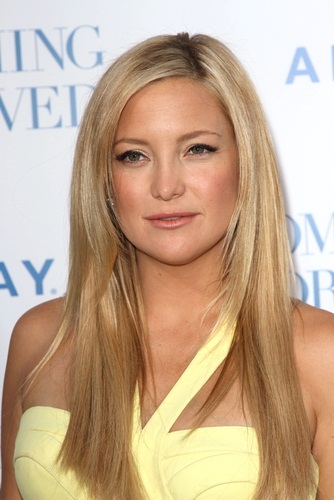 Kate Hudson is an American actress and businessperson. She has starred in the films 200 Cigarettes, Gossip, Almost Famous, How to Lose a Guy in 10 Days, Le Divorce, Raising Helen, The Skeleton Key, You, Me and Dupree, My Best Friend’s Girl, Bride Wars, The Killer Inside Me, The Reluctant Fundamentalist, Wish I Was Here, and Nine, among others.

She is the daughter of musician and actor Bill Hudson and actress, director, singer, and producer Goldie Hawn. She was raised by her mother and her mother’s partner, actor Kurt Russell. Her brother, Oliver Hudson, is also an actor, as is her half-brother, Wyatt Russell, who is also a professional ice hockey player. Kate has a son with her former husband, musician Chris Robinson; a son with her former partner, musician Matthew Bellamy; and a daughter with her partner, musician and voice actor Danny Fujikawa.

Kate has stated that she was raised in her maternal grandmother’s Jewish religion. Her family has also practiced Buddhism.

Kate’s maternal grandfather was Edward Rutledge Hawn (the son of Otto Delphia Hawn and Clara/Claire Estelle Johnson). Edward was born in Newport, Jackson, Arkansas. Otto was the son of Aaron Madison Hawn, who was of German descent, and of Nannie Ada Hevrin. Clara was the daughter of Henry Spencer Johnson and Mary Frances Hall.

Genealogies of Kate Hudson (focusing on her mother’s side) – http://worldconnect.rootsweb.ancestry.com
https://www.wikitree.com