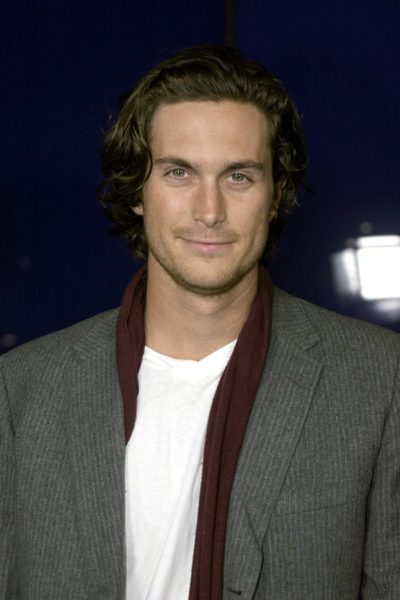 Hudson in 2004, photo by Starfrenzy/bigstockphoto

Oliver Hudson is an American actor. His roles include the shows Rules of Engagement, Nashville, Scream Queens, Splitting Up Together, and The Cleaning Lady, and the films Black Christmas, Grown Ups 2, Walk of Shame, and The Christmas Chronicles.

He is the son of musician and actor Bill Hudson and actress, director, singer, and producer Goldie Hawn. He was raised by his mother and his mother’s partner, actor Kurt Russell. His sister, Kate Hudson, is also an actor, as is his half-brother, Wyatt Russell, who is also a professional ice hockey player. Oliver is married to actress Erinn Bartlett, with whom he has three children.

Oliver’s sister Kate has stated that she was raised in her maternal grandmother’s Jewish religion. His family has also practiced Buddhism.

Oliver’s maternal grandfather was Edward Rutledge Hawn (the son of Otto Delphia Hawn and Clara/Claire Estelle Johnson). Edward was born in Newport, Jackson, Arkansas. Otto was the son of Aaron Madison Hawn, who was of German descent, and of Nannie Ada Hevrin. Clara was the daughter of Henry Spencer Johnson and Mary Frances Hall.

Genealogies of Oliver Hudson (focusing on his mother’s side) – http://worldconnect.rootsweb.ancestry.com
https://www.wikitree.com