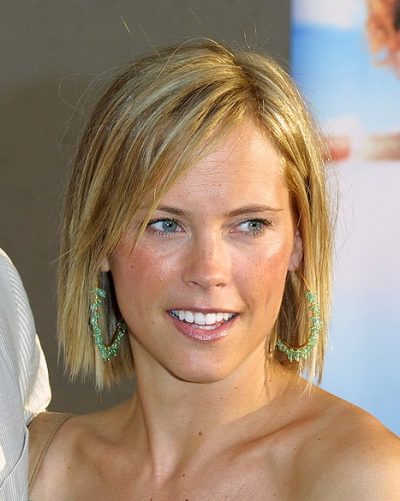 Barlett in 2004, photo by Starfrenzy

Erinn is married to actor Oliver Hudson, with whom she has three children.

Erinn’s paternal grandfather was George Paulding Bartlett (the son of Arthur James Bartlett and Alice Clifton Paulding). George was born in Plymouth, Massachusetts, and was of Colonial American (mostly English) descent. Arthur was the son of George Dana Bartlett and Flora Louise Dawes. Alice was the daughter of George B. Paulding and Bertha C. Alexander.

Erinn’s paternal grandmother was Freda Mary Brooks (the daughter of Fred Brooks and Elizabeth Jane King). Freda was an English immigrant. Fred was from Doddington, Cambridgeshire, and was the son of William Brooks and Mary. Elizabeth was from Haslingden, Lancashire, the daughter of Nathaniel Paul King and Emma.

Erinn’s maternal grandfather was Edward Joseph McSweeney (the son of Terrence Patrick McSweeney and Susan Louisa Flynn). Edward was born in Brockton, Plymouth, Massachusetts. Terrence was the son of Irish immigrants, Dennis McSweeney and Mary Bresnahan. Susan was the daughter of John Henry Flynn and Abbie Ann McGuire, who were the children of Irish parents.

Erinn’s maternal grandmother was Helynn Anne Grace Coughlin (the daughter of Patrick James Coughlin and Anna Ellen McGrath). Helynn was born in Vermont. Patrick was an Irish emigrant, from Ennistimon, County Clare. Anna was born in Vermont, to Irish parents.