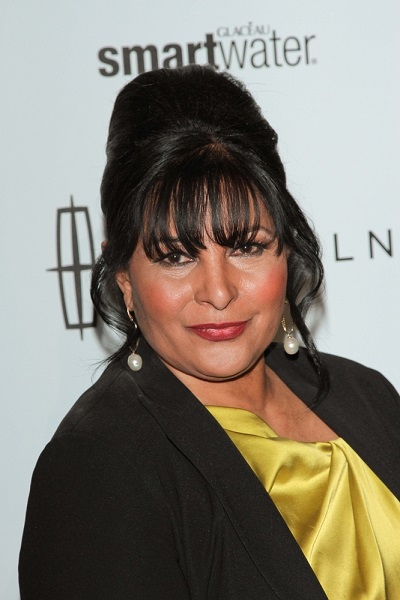 Pam Grier is an American actress.

She is the daughter of Gwendolyn Sylvia (Samuels) and Clarence Ransom Grier, Jr. Her parents are/were both black.

People see me as a strong black figure, and I’m proud of that… But I’m a mix of several races: Hispanic, Chinese, Filipino. My dad was black, and my mom was Cheyenne Indian.

Pam’s paternal grandfather was Clarence Ransom Grier (the son of Dock Anderson/Alexander Grier and Martha Jane Grier). Clarence was born in North Carolina. Dock was the son of Thomas Grier and Susan E. Neel/Neely. Martha was the daughter of Maurice Arthur Grier and Mollie.

Pam’s maternal grandfather was named Ray Benjamin Davis (also known as Raymond J. Pariwle). Ray was born in the Philippines, and evidently had Filipino, Puerto Rican, and African ancestry. Pam has stated that her maternal grandfather was a Filipino named “Raymundo Parrilla.” He was raised by a black couple in the U.S., Benjamin/Ben F. Davis, from Kansas, and Lucie M., from Texas.

Pam’s maternal grandmother was Marguerite Turner (the daughter of Emmet/Emmett Turner and Mahala/Mahalia “Halie” Scoggins). Marguerite was born in Arkansas. Mahala was the daughter of Marshall A. Scoggins and Silvia Ann “Seline” Walton.