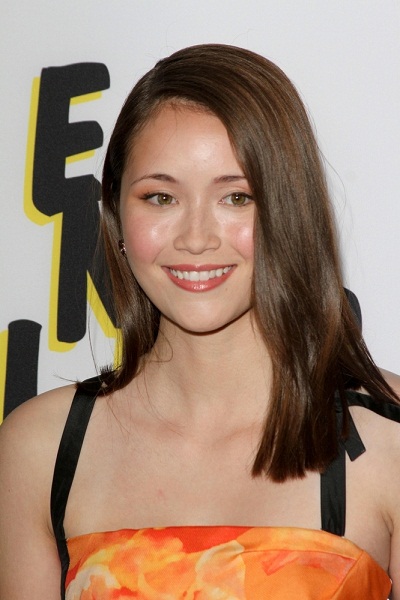 Katie Chang is an American actress, producer, and writer. She played the lead role in the Sofia Coppola film The Bling Ring.

Katie’s paternal grandfather was Edward Hajin Chang (the son of Won Hong Chang and On Chun Kim). Edward was of Korean origin.

Katie’s maternal grandmother is Susan Ann “Sue” Kayser (the daughter of Clarence Albert Kayser and Vernetta Rozina Kuehl). Susan was born in Waterloo, Iowa. Clarence was of Luxembourgish descent, and was the son of Nicholas Kayser and Eva Shuler. Vernetta was born in Cushing, Iowa, the daughter of Hans Kuehl and Anna Miller, whose mother was possibly of part Swedish descent.