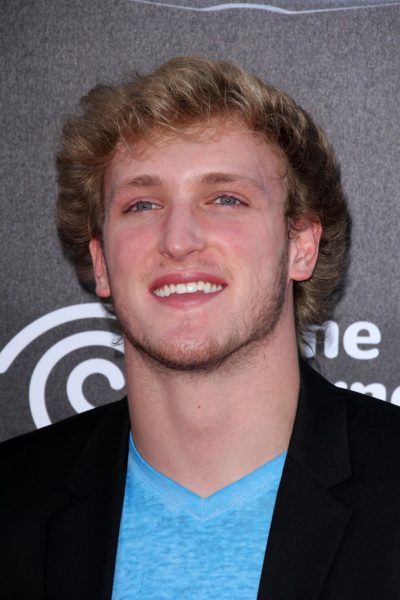 Paul in 2014, photo by kathclick/www.bigstockphoto.com/

Logan Paul is an American YouTuber, internet personality, actor, and professional boxer. He is the son of Pamela and Gregory Paul. Logan’s brother, Jake Paul, is also a Youtube personality and actor.

Logan’s patrilineal line can be traced to Aloysious “Allois” Paul, who was born, c. 1810, and to his wife Mary Magdelena Yeager. They were ethnic Germans, born in Alsace,, Grand Est, France.

Logan’s paternal grandfather was named Robert Joseph Paul. Robert was born in Ohio, and was of German, and some French, descent. Robert’s paternal grandparents were Augustine Joseph Paul, whose family was from Lorraine, and Ida Sarah Rein, whose father was from Ringsheim, Freiburg, Baden-Württemberg, Germany, and whose mother had Alsatian German and French ancestry. Robert’s maternal grandparents were Archie Granville Utter and Carrie Marie Beslow, whose parents were from Mecklenburg-Vorpommern, Germany.

Logan’s paternal grandmother was named Arlene Ruth Krisko (the daughter of Joseph J. Krisko, and of a woman surnamed Garstek). Arlene was born in Ohio. Joseph was the son of Hungarian parents, John Stephen Krisko, from Sántos, and Mary Salivi. Arlene’s maternal grandparents were John Stancil Garsteck, who was Polish, and Sophia Golecki, who was of Polish descent.

Logan’s maternal grandfather was Wilbur Robert “Spike” Meredith III (the son of Wilbur Robert “Rob” Meredith II and Lillian Max/Mae Buxbaum). Logan’s grandfather Wilbur was born in Ohio. Logan’s great-grandfather Wilbur was the son of Wilbur Robert Meredith and Mary Davies, whose parents were Welsh. Logan’s great-grandmother Lillian was born in Massachusetts. Her father, Isidore “Harry” Buxbaum, was the son of Samuel Buxbaum and Hermina Greenhood, who were Jewish emigrants from Germany and Hungary. Lillian’s mother, Lillian McLean/Maclean, was the daughter of a Canadian father, and a mother who had German parents. Logan’s mother mentions her Jewish heritage here.

Logan’s maternal grandmother was the daughter of Charles A. Hofstetter and Isabelle Kathryn Budden. Charles was the son of Alfred Benjamin Hofstetter, who was Swiss-German, and of Frida Kleiner, who was German. Isabelle was the daughter of Harry David Budden, whose parents were English, and of Margaret M. Denniston, who was born in Scotland, with roots in Gourock, Inverclyde and Crieff, Perth and Kinross.