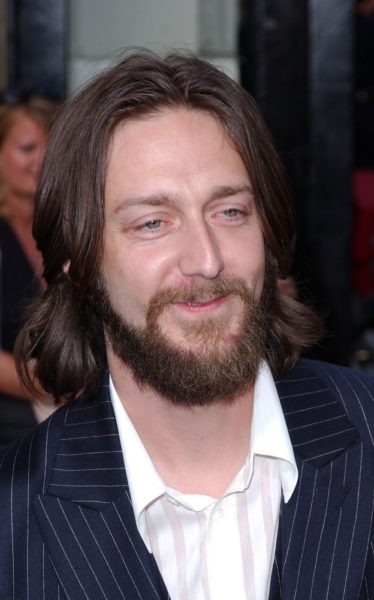 Robinson in 2003, photo by Prphotos

Chris Robinson is an American singer, songwriter, and musician. He was the lead singer and rhythm guitarist of rock band The Black Crowes.

Chris is the son of Nancy Jane and Stanley “Stan” Robinson, a musician. His brother is fellow band member Rich Robinson. Chris is married to Camille Johnson. He has a son with his former wife, actress Kate Hudson; and a daughter with his former wife Allison Bridges.

Chris’ paternal grandfather was of Russian Jewish descent. His other roots are English, as well as small amounts of Scottish, Scots-Irish/Northern Irish, German, Welsh, and remote Dutch.

Chris’ paternal grandmother was Thetis Riner (the daughter of William Wiley Riner and Cornelia Youmans). Thetis was born in Georgia. William was the son of Edward Riner and Emily Bowen. Cornelia was the daughter of Ephriam Yeomans and Temperance Ann Sutton.

Chris’ maternal grandfather was James Bailey Bradley (the son of Henry Lee Bradley and Rebecca Ann Eakes). James was born in Tennessee. Henry was the son of James Monroe Bradley and Mary Ann Gibson. Rebecca was the daughter of Nancy Eakes.

Chris’ maternal grandmother was Beulah Mary Denton (the daughter of Melvin Chisdick Denton and Cora Letha Benderman). Beulah was born in Tennessee. Melvin was the son of James William Denton and Matilda Dycus. Cora was the daughter of Thomas B. Benderman and Sophronie Emmaline Voorhies.

Genealogies of Chris Robinson (focusing on his mother’s side) – http://www.genealogy.com
https://www.geni.com