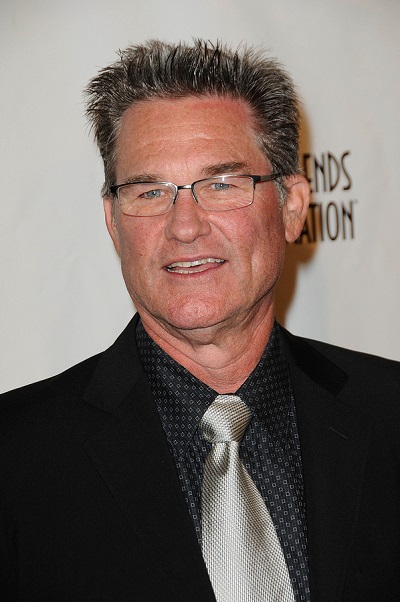 Russell in 2011, photo by s_bukley/Bigstock.com

Kurt Russell is an American actor.

His sister Jill Russell was married to film producer Larry Franco; among their children is professional baseball player Matt Franco.

Kurt’s paternal grandmother was Ruth Stewart Vogel (the daughter of Frederick A. Vogel, Jr. and Agnes A. Stuart/Stewart). Ruth was born in Massachusetts. Frederick was born in Pennsylvania, the son of German parents, Frederick C. Vogel, from Rhoden, Waldeck, and Amalia/Emelia Volbrecht. Agnes was the daughter of John Stewart and Anna P.

Kurt’s maternal grandfather was Stanley Martin Crone (the son of William Henry Crone and Hannah/Anna Marie Freeby). Stanley was born in Pennsylvania. William was the son of Jacob Alexander Crone, who was from Zweibrucken, Bavaria, Germany, and of Hannah Schneider, who was born in Pennsylvania, of German descent. Kurt’s great-grandmother Hannah/Anna Marie Freeby was also likely of German origin.

Kurt’s maternal grandmother was Helen Louise Monohan, later Gackenback (the daughter of Neil Monohan and Anna Rose Trow). Helen was born in Vermont. Neil was the son of James Monohan and Mary R. Gorman, and had Irish ancestry. Anna’s father, Louis/Lewis James Trow, was Canadian, and Anna’s mother, Julia Virginia King, was born in Vermont, to a Canadian father, Joseph King, and a mother, Mary Kassel, who was born in France, and was likely of German ancestry.

Genealogies of Kurt Russell (focusing on his father’s side) – http://www.geni.com
https://www.wikitree.com