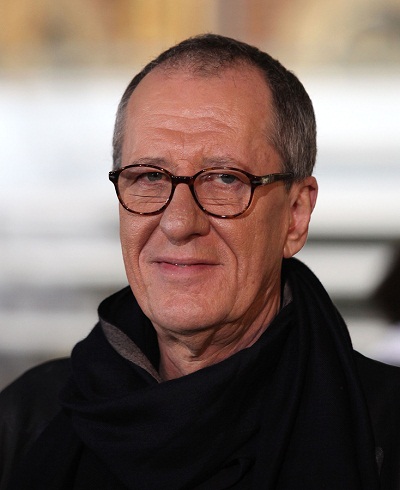 Rush in 2011, image via DFree/Bigstock.com

Geoffrey Rush is an Australian actor and producer. He won the Academy Award for Best Actor for Shine (1996).

Geoffrey is the son of Merle (Bischof) and Roy Baden Rush. His father had English, Irish, and Scottish ancestry. His mother was of German descent. He is married to actress Jane Menelaus, with whom he has two children.

Geoffrey’s maternal grandfather was Albert Daniel Kiehne Bischof (the son of Daniel Kiehne Bischof and Wilhelmina Albertina/Albertine Zupp). Geoffrey’s great-grandfather Albert Daniel was the son of German parents, Daniel Bischoff and Henriette Wilhelmine Erdmuth Bleich. Geoffrey’s great-grandmother Wilhelmina was the daughter of Friedrich August Zupp, who was from Görlitz, Silesia, Germany, and of Emilie Goltz, who was also German.