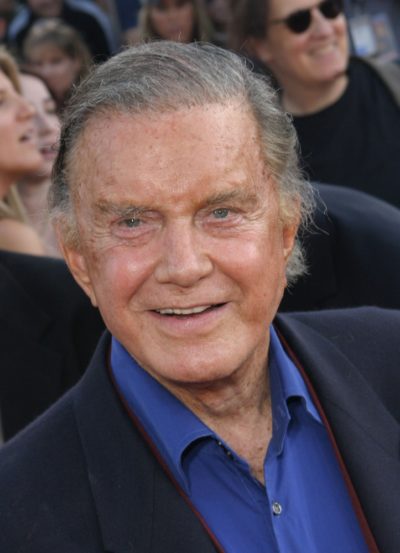 Robertson in 2004, photo by prphotos.com

Cliff Robertson was an American actor. He won the Academy Award for Best Actor for Charly (1968). He played President John F. Kennedy in the film PT 109 (1963).

Cliff’s patrilineal lineage can be traced to his fifth great-grandfather, William Robertson, who was born, in 1728, in Elgin, Moray, Scotland.

Cliff’s paternal grandmother was named Edna Fielding (the daughter of Harry Fielding and Delia). Edna was born in Texas, to an English father.