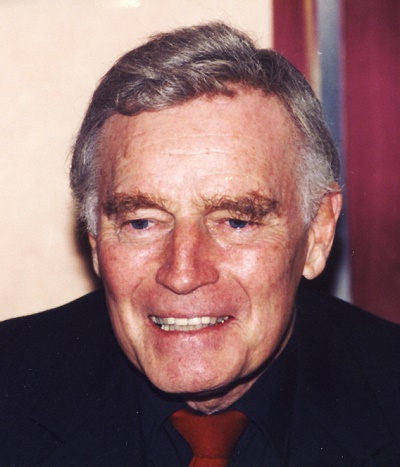 Charlton Heston was an American actor and political activist. He won the Academy Award for Best Actor for Ben-Hur (1959).

Charlton was the son of Lilla (Baines/Baynes) and Russell Whitford Carter. He took on the surname of his stepfather, Chester Heston.

Charlton was married to Lydia Clarke, an actress and photographer, until his death. The couple has two children, including filmmaker and actor Fraser Clarke Heston.

Charlton’s paternal grandmother was Katie Beatrice Clark (the daughter of William Wallace Clark and Mary Margaret Anastasia “Ann”/”Maggie” Canady/Cannady). Katie was born in Illinois, to parents from Indiana. Katie had English, and a smaller amount of German, ancestry. Mary Margaret was the daughter of Philo A. Canady/Cannady and Nancy Jane Wolfe.

Genealogies of Charlton Heston (focusing on his father’s side) – http://worldconnect.rootsweb.ancestry.com
https://www.geni.com