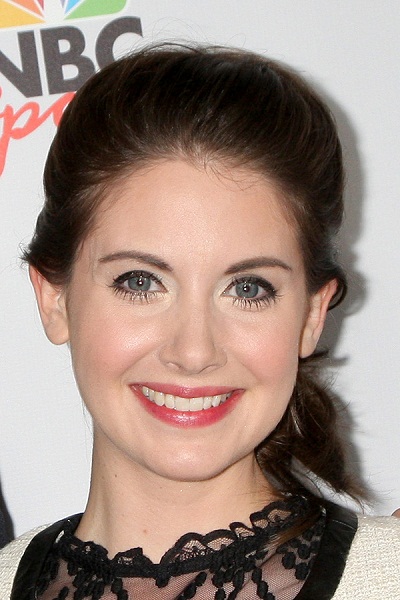 Brie in 2011, image via kathclick/Bigstock.com

Alison Brie is an American actress, writer, and producer. Her roles include the shows Community, GLOW, Mad Men, and BoJack Horseman, and the films Scream 4, Get Hard, How to Be Single, The Disaster Artist, The Post, Promising Young Woman, The Rental, and Happiest Season.

Alison is married to actor and filmmaker Dave Franco.

My mother is Jewish. My father was raised Catholic, but by the time I was born he was going to church in more like, Christian/Hindu faith, so it was very meditation-like.

I’m Jewish, well, my mother is, so I am by default, and even though she’s never been a real practicing Jew, she certainly is a proud Jew.

Alison’s patrilineal ancestry can be traced to Reyer Schermerhorn, who was born, c. 1541, in Schermerhorn, Waterland, Noord-Holland.

Sources: Genealogy of Alison Brie (focusing on her father’s side) – http://www.geni.com