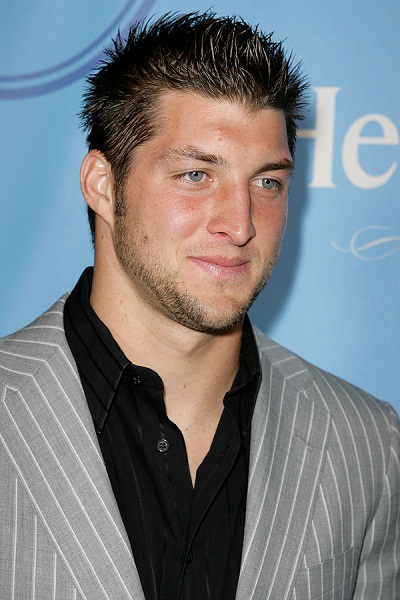 Tim Tebow is an American professional football and baseball player. He is married to South African beauty queen and model Demi-Leigh Tebow.

He was born in Manila, Philippines, to American parents, Pamela Elaine (Pemberton) and Robert Ramsey Tebow II, who were serving as Baptist missionaries there at the time. He has English, German, some Irish and Scottish, and distant Belgian [Walloon], ancestry. Tim was raised in Florida.

Tim’s maternal grandmother was Rachel Wynona “Rae” Rawlings (the daughter of Henry Nathan Rawlings and Orabel Cheek). Rachel was born in Oklahoma. Henry was the son of James Rawlings and Lana. Orabel was the daughter of George W. Cheek and Mary J. Dizmang/Gezmany.