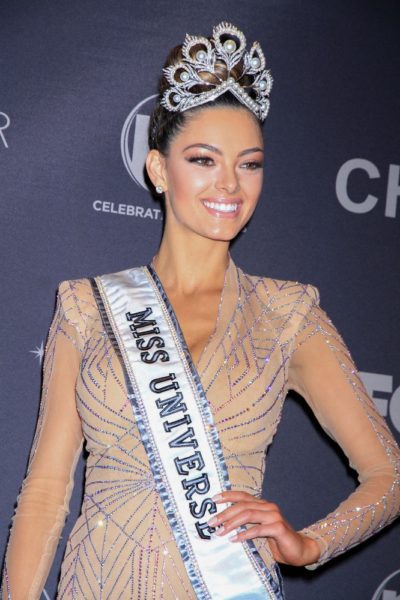 Demi-Leigh Tebow, previously known by her birth name of Demi-Leigh Nel-Peters, is a South African beauty queen and model. She was crowned Miss Universe 2017.

She is the daughter of Anne-Mari (Nel) and Bennie Peters. She is married to American professional football and baseball player Tim Tebow.

Source: Genealogy of Demi-Leigh Tebow (focusing on her mother’s side) – https://www.geni.com