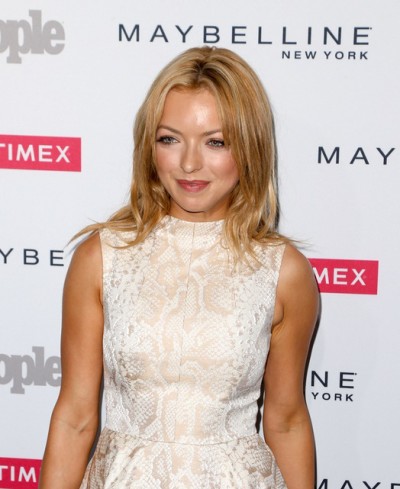 Eastwood in 2015, photo by Prphotos.com

Francesca has a son with her former partner, trainer and actor Alexander Wraith.

Francesca’s paternal grandfather was Clinton Eastwood (the son of Burr Eastwood and Jesse Mabel Anderson). Clinton was born in San Francisco, California. Burr was the son of Asa Bedesco/Bodisco Eastwood and Emily/Emma “Mabel” Young. Jesse was the daughter of Matthew Anderson, who was Scottish, and of Lois/Louise Sabra/Helen A. Gaskill.

Francesca’s maternal grandmother was Olga Rosine Moen (the daughter of Marcus M. Moen and Rosine Caroline Preus). Olga was born in Iowa. Marcus was Norwegian, the son of John Mortenson Moen and Pauline Olsdatter Hagerud. Rosine was born in Wisconsin, to a Norwegian father, Hans Nicolai Preus, and Ludoviska Christophora Suckow, who was born in New York, and whose ancestry may have been Danish, Norwegian, and/or German.