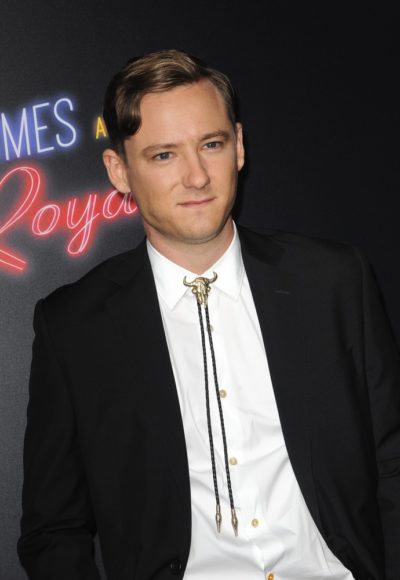 Pullman in 2018, photo by Prphotos

Lewis Pullman is an American actor. His roles include Bad Times at the El Royale, The Strangers: Prey at Night, Them That Follow, Pink Skies Ahead, and Top Gun: Maverick.

He is the son of actor Bill Pullman and modern dancer and artist Tamara Hurwitz.

Lewis’s paternal grandfather was James Pullman (the son of James Pullman and Mabel Ross Brazier). Lewis’s grandfather James was born in New York. Lewis’s great-grandfather James was the son of The Rev. Joseph Pullman, who was a Protestant minister, from Skerries, County Dublin, Ireland, and of Mary Elizabeth Cooke, who was born in Portsea Island, Hampshire, England. Lewis’s great-grandmother Mabel was from Toronto, Ontario, Canada, and was the daughter of Henry Brazier and Elizabeth/Eliza McCallum.

Lewis’s maternal grandfather was Albert “Al” Hurwitz (the son of Benjamin/Boris Gurevich/Hurwitz and Rachel/Ray Pushkin). Albert was born in Maryland, to Jewish immigrants. Benjamin was born in Usviaty, Vitebsk reg, Russia, the son of Shmuel Gurevich and Dina Zak, from Krustpils, Latvia. Rachel was born in Viciebsk, Vitebsk province, Belarus.

Lewis’s maternal grandmother was Helen Olga Trilhus (the daughter of Miller A. Trilhus and Hannah E. Windloss). Helen was born in Iowa. At least one of her immigrant grandfathers homesteaded in exchange for service in the Civil War. Miller was born in Iowa, to Norwegian parents. Hannah was born in North Dakota, also to Norwegian parents, Osmund Halverson Windlos/Windloss, who had roots in Telemark, and Anne Margarette Eriksdatter Bjerke, who was from Røsaasen, Hurdal, Akershus.