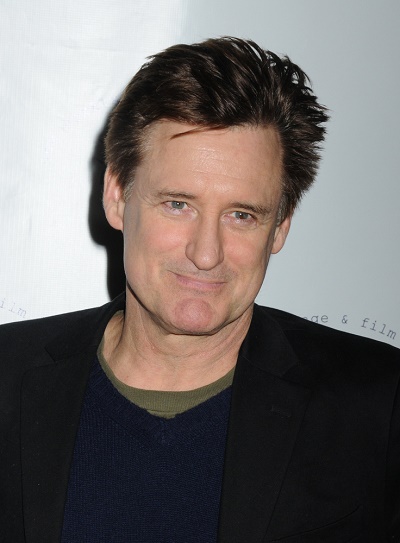 Pullman in 2009, photo by Prphotos

Bill Pullman is an American actor.

He is the son of Johanna (Blaas) and James Pullman. His father had English, Scottish, and Northern Irish ancestry. His maternal grandparents were Dutch immigrants. He is married to modern dancer and artist Tamara Hurwitz, with whom he has three children, including actor Lewis Pullman.

Bill’s paternal grandmother was Mabel Ross Brazier (the daughter of Henry Brazier and Elizabeth/Eliza McCallum). Mabel was from Toronto, Canada, and had English and Scottish ancestry. Henry was the son of John Brazier and Jane. Elizabeth was the daughter of William J. McCallum and Eliza Wolfe.

Bill’s maternal grandmother was Helena Rookus (the daughter of Johan Rookus and Carolina/Caroline/Cornelia Henrietta Beeke). Helena was born in Zeist, Utrecht, Netherlands. Johan was the son of Jacob Rookus and Lena Beekman. Carolina was the daughter of Willem Cornelis Beeke and Helena Van Barneveld.