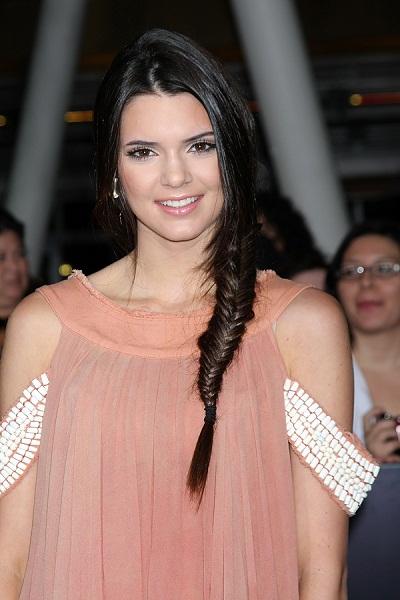 Kendall Jenner is an American socialite, model, and television personality.

Kendall’s middle name, Nicole, is after her mother’s friend Nicole Brown Simpson, who was murdered in 1994.

Kendall’s paternal grandfather was William Hugh Jenner (the son of Hugh Burton Jenner and Bertha Mary Cunningham or Yarn). William was born in Canada. Kendall’s great-grandfather Hugh was born in Saint John, New Brunswick, Canada, the son of The Rev. John Hugh Jenner and Mary Fisher MacIntyre. Bertha was also Canadian, from Newfoundland and Labrador, and was the daughter of George Yard and Charlotte Day.

Kendall’s paternal grandmother is Esther Ruth McGuire (the daughter of Walter Sherman McGuire and Kareen Maude Wright). Esther was born in Ohio. Walter was the son of Daniel Ebenezer McGuire and Martha Day. Kareen was the daughter of Thaddeus Lincoln Wright and Lola Dell Reynard.

Kendall’s maternal grandfather was Robert True Houghton (the son of True Otis Houghton and Mary Lee Pickens). Robert was born in California. True was the son of Otis Sewall Houghton and Lula Laura Bernard/Barnard. Mary Lee was the daughter of Charles/Charlie Luran A. Pickens and Lizzie/Elizabeth Mae/Mary A. Douglas/Douglass.