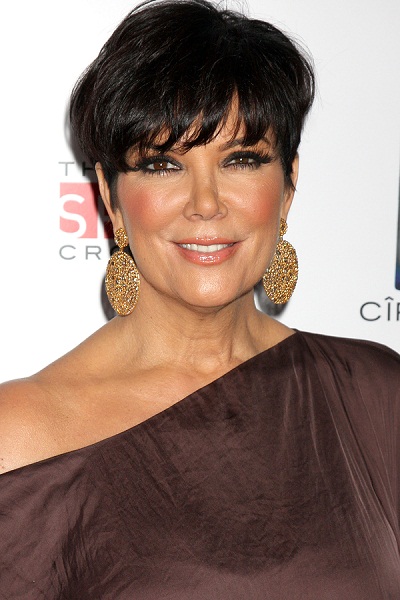 Kris Jenner is an American socialite, television personality, and businessperson. She has also been known as Kris Houghton and Kris Kardashian.

Kris is from a family that has lived in the United States for many generations. She has English, as well as Scottish, Irish, German, Dutch, Scots-Irish/Northern Irish, Welsh, and remote Jersey Channel Islander and Cornish, ancestry.

A 23andMe DNA test whose results were displayed on the show Keeping Up with the Kardashians (2018) stated that Kris’s daughters Kourtney and Khloé’s genetic ancestry is:

Kris’s paternal grandfather was True Otis Houghton (the son of Otis Sewall Houghton and Lula Laura Barnard/Bernard). True was born in Oklahoma. Kris’s great-grandfather Otis was the son of Reuben A. Houghton, who was born in Weld, Franklin, Maine, and of Sarah Elizabeth Mantor, who was born in Massachusetts; Otis had Colonial American ancestry, with deep New England roots. Lula was the daughter of William B. Barnard/Bernard and Elizabeth Gililland/Gililand.

Kris’s paternal grandmother was Mary Lee Pickens (the daughter of Charles/Charlie Luran A. Pickens and Lizzie/Elizabeth Mae/May/Mary A. Douglas/Douglass). Kris’s grandmother Mary Lee was born in Texas. Charles was the son of Andrew Jackson Pickens and Sarah Hines Merrit/Meritt. Lizzie was the daughter of Eugene Murphy Douglas and Martha Jane Wilson.

Kris’s maternal grandfather was Gorden/Gordon Lowe Campbell (the son of Jefferson Davis Campbell and Freedonia/Fredonia/Fredom May Teaney). Gorden was born in Mounds, Creek, Oklahoma. Jefferson was the son of Morton Campbell and Mary Elizabeth Northern. Freedonia was the daughter of James Daniel Teaney and Martha J. Lambert.

Genealogies of Kris Jenner (focusing on her father’s side) – http://worldconnect.rootsweb.ancestry.com
https://www.geni.com