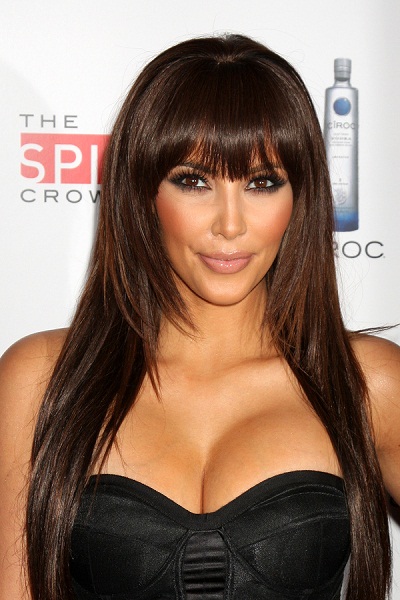 Kardashian in 2010, photo by kathclick/Bigstock.com

Kim Kardashian, also known as Kim Kardashian West, is an American television and social media personality, actress, socialite, and model. She is the daughter of Robert Kardashian, an attorney who was one of O.J. Simpson’s lawyers at his murder trial, and Kris Jenner (born Kristen Mary Houghton), a socialite. O.J. Simpson was Kim’s godfather. Her siblings are Kourtney Kardashian, Khloé Kardashian, and Rob Kardashian, and her half-siblings are Kendall Jenner and Kylie Jenner. Through her ex-stepparent, Caitlyn Jenner, she was a stepsister of socialite Brody Jenner and musician Brandon Jenner. Kim has four children, including North West, with her former husband, rapper, record producer, and fashion designer Kanye West. Her niece is Penelope Disick.

Kim’s father was of Armenian descent. Kim’s mother is from a family that has lived in the United States for many generations, and has English, as well as Scottish, Irish, German, Dutch, Scots-Irish/Northern Irish, Welsh, and remote Jersey Channel Islander and Cornish, ancestry. Kim once stated that she gets her curves from her Armenian heritage. Kim has said that she did not speak Armenian at home, but does occasionally at family get-togethers. She once stated in an interview, “being Armenian is a big part of who I am,” and that her grandfather instilled a lot of Armenian culture in her. In 2019, she was baptized in the Armenian Apostolic Church with the name Heghine.

A 23andMe DNA test whose results were displayed on the show Keeping Up with the Kardashians (2018) stated that Kim’s sisters Khloé and Kourtney’s genetic ancestry is:

Kim’s maternal grandfather was Robert True Houghton (the son of True Otis Houghton and Mary Lee Pickens). Robert was born in San Diego County, California. Kim’s great-grandfather True was born in Oklahoma, the son of Otis Sewall Houghton, who had deep New England roots, and of Lula Laura Barnard/Bernard. Mary Lee was born in Texas, the daughter of Charles/Charlie Luran A. Pickens and Lizzie/Elizabeth Mae/May/Mary A. Douglas/Douglass. 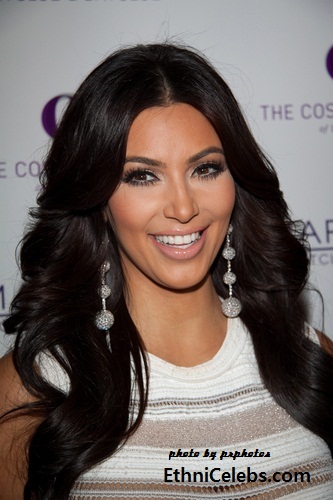