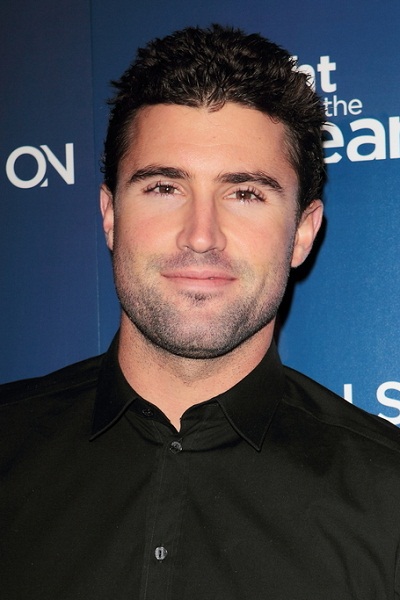 Jenner in 2012, photo by Prphotos.com

Brody Jenner is an American socialite, television personality, and model. He is is the son of athlete Caitlyn Jenner (born William Bruce Jenner) and actress Linda Thompson (Linda Diane Thompson). His brother is musician Brandon Jenner. Through Caitlyn, he is the half-sibling of socialites Kendall Jenner and Kylie Jenner. Through his ex-step-mother, socialite Kris Jenner (born Kristen Mary Houghton), he was a step-brother of Kourtney Kardashian, Kim Kardashian, Khloé Kardashian, and Rob Kardashian.

Brody’s paternal grandfather was William Hugh Jenner (the son of Hugh Burton Jenner and Bertha Mary Cunningham/Yarn). William was born in Canada. Brody’s great-grandfather Hugh was born in Saint John, New Brunswick, Canada, the son of The Rev. John Hugh Jenner and Mary Fisher MacIntyre. Bertha was also Canadian, from Newfoundland and Labrador, and was the daughter of George Yard and Charlotte Day.

Brody’s paternal grandmother is Esther Ruth McGuire (the daughter of Walter Sherman McGuire and Kareen Maude Wright). Esther was born in Ohio. Walter was the son of Daniel Ebenezer McGuire and Martha Day. Kareen was the daughter of Thaddeus Lincoln Wright and Lola Dell Reynard.

Genealogy of Brody Jenner (focusing on his mother’s side) – http://worldconnect.rootsweb.ancestry.com

Genealogy of Brody’s mother (focusing on her mother’s side) – http://worldconnect.rootsweb.ancestry.com