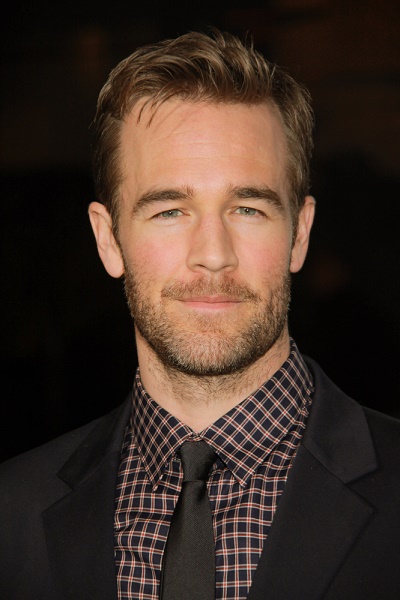 He is the son of Melinda, a dancer and gymnastics teacher, and James Van Der Beek, a cell phone company executive and professional baseball player. His father is roughly of half Dutch and half German descent.

James is married to business consultant Kimberly Brook, with whom he has four children. The two married at the Kabbalah Center in Tel Aviv, Israel.

James’s paternal grandmother was Louise Lutjens (the daughter of Herman Lutjens and Rosina/Rose Schwamb). Louise was born in New York. Herman was born in Rotenburg, Germany. Rosina was of German descent, and was the daughter of Theodore Schwamb and Barbara Schmidt.

James’s maternal grandfather was Franz Reinhold Weber (the son of Gustav F. Weber and Blossom White). Franz was born in Minnesota. Gustav was born in Paris, France, to a father from Germany and a mother from France.

James’s maternal grandmother was Elizabeth/Eliza Bell Rogers (the daughter of Franz E. Rogers and Florence May Bell). James’s grandmother Elizabeth was born in Indiana, and had English, German, and Scots-Irish/Northern Irish ancestry. Franz was the son of Elijah Eden Rogers and Susan Malinda Harmon. Florence was the daughter of Nathaniel Bell and Margaret Adalaide Troutman.

Sources: Genealogy of James Van Der Beek (focusing on his father’s side) – https://www.geni.com