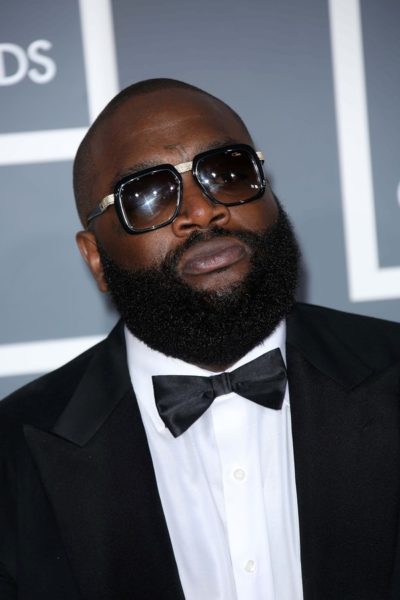 Ross in 2013, photo by s_bukley/Bigstock.com

Rick Ross is an American rapper, songwriter, entrepreneur, and record executive. He is also known as Rozay, The Boss, Renzel, and Teflon.

He is the son of Tommie Ann (Wilcox) and William Leonard Roberts. Rick was raised in Carol City, Florida. He is a practicing Christian. Rick has four children.