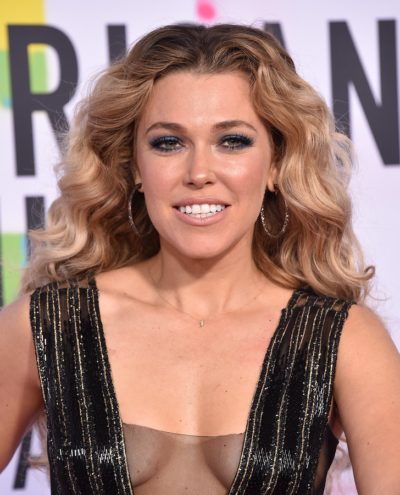 Platten in 2017, photo by DFree/Bigstock.com

Rachel Platten is an American singer and songwriter.

She is married to Kevin Lazan, with whom she has a daughter.

Rachel’s patrilineal ancestry can be traced back to her third great-grandfather, Abraham Platten.

Rachel’s paternal grandfather was Sumner M. Platten (the son of David Nathan Platten and Celia Grushka). Sumner was born in Massachusetts. David was born in Massachusetts, to Russian Jewish immigrants, Naim Platten and Sarah Carro. Celia was a Russian Jewish immigrant, and was the daughter of Philip Grushka and Mary J. Weintraub.

Rachel’s maternal grandfather was Milton Jabush (the son of Hyman Jabush and Rebecca Zeiberg). Milton was born in New York. Hyman was a Belarusian Jewish immigrant. Rebecca was also a Jewish immigrant, and was the daughter of Israel Zeiberg and Ida Zeiberg, who were born with the same surname.

Rachel’s maternal grandmother was Bobbie/Bobbi Meese Henry (the daughter of Ulysses Grant Henry and Bessie Mae Smith). Bobbie was born in Ohio. Ulysses was the son of Henderson Calloway Henry and Maude/Maud Etta White. Bessie was the daughter of Fred Russell Smith and Laura Mae Jones.

Rachel’s matrilineal ancestry can be traced back to her ninth great-grandmother, Grace Hartfield.