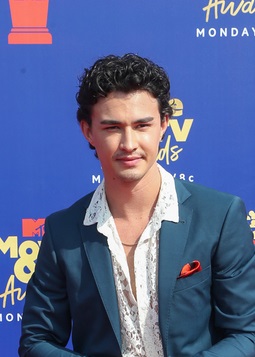 Gavin Leatherwood is an American actor. He is known for his role on the show Chilling Adventures of Sabrina.

He was born in Maui, and was raised in California, later moving to Oregon. Gavin has said:

I’m a mutt, man. I’m Irish, English, Welsh, Spanish, Native American, and a mix of other European countries, I think there’s some Greek in there, but mostly Irish.

Gavin’s paternal fifth great-grandmother, Elizabeth “Bessie” (Walker) Leatherwood, or Li si a Dohi A qua take Quaty, is said to have been born, c. 1754, in Swain County, North Carolina, and to have been of partial or full Eastern Cherokee ancestry.

Gavin’s paternal grandmother was Sara/Sarah Wilma Montoya (the daughter of Juan/John Bautista Montoya and Bertha Lloyda Welch). Sara was born in New Mexico. Juan was the son of Jose Martin Montoya and Maria Antonia Cordova. His Hispanic/Mexican family had lived in New Mexico for many generations. Bertha was the daughter of Eliza. She possibly also had Hispanic ancestry.