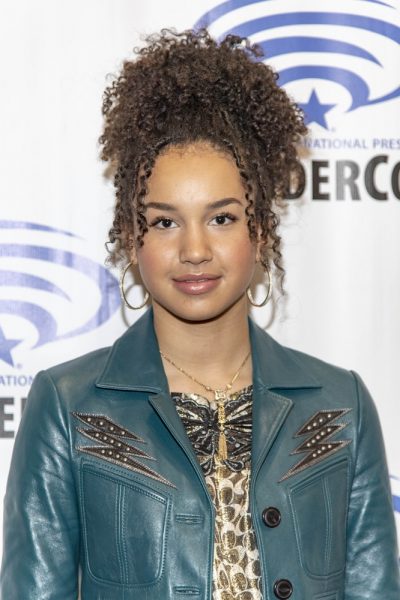 Sofia Wylie is an American actress and dancer. Her roles include Back of the Net, Marvel Rising, The School for Good and Evil, Shook, and High School Musical: The Musical: The Series.

Her father is of half African-American and half Korean descent. Her mother is of approximately three quarters German and one quarter English ancestry. She was raised partly in Tramonto, Arizona.

Sofia’s maternal grandmother was Ann Elizabeth Mader (the daughter of Kurt Edward Mader and Lora Cox). Ann was born in Highland Park, Michigan. Kurt was born in Bärn/Moravský Beroun, to parents of German descent, Carl/Karl Mader and Mary. Lora was the daughter of Edgar J. Cox and Bertha Hough, and had English ancestry.