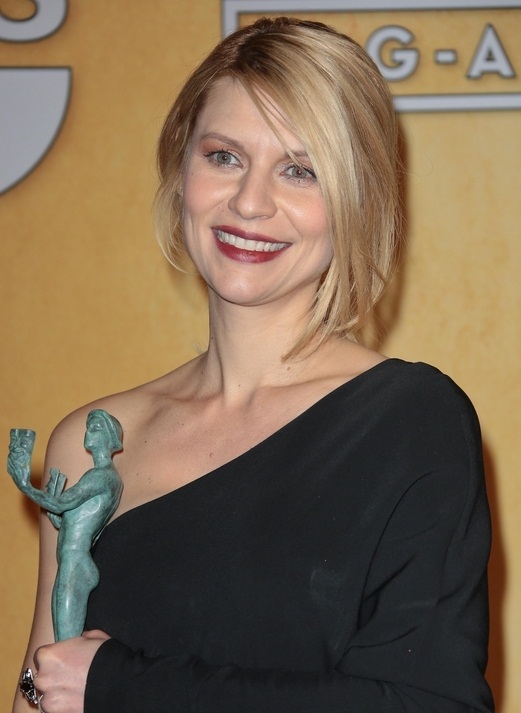 Claire Danes is an American actress. She has starred on the shows My So-Called Life and Homeland, and in the films Little Women (1994), William Shakespeare’s Romeo and Juliet (1996), Terminator 3: Rise of the Machines, and Shopgirl, among others.

Claire is the daughter of Carla and Chris Danes. She is married to English actor Hugh Dancy, with whom she has two children.

Claire’s paternal grandfather was Gibson Andrew Danes (the son of Bert Allen Danes and Ruth F. Davison). Gibson was born in Washington, and had English, Northern Irish, and Scottish ancestry. He was dean of the Yale School of Art and Architecture. Bert was born in Wisconsin, to a father from Vermont, Andrew Burr Danes, and a mother from Maine, Elizabeth Elner “Lizzie” Decker. Bert had English ancestry, and many of his family lines had lived in the United States, and especially New England, since the 1600s. Claire’s great-grandmother Ruth was born in Colorado, to a father from Northern Ireland, William S. Davison, whose own father was from Ireland and whose own mother was from Scotland; and a mother from Wisconsin, Jane M. Brown (whose own father was from Scotland and whose own mother was from New York).

Genealogy of Claire Danes (focusing on her father’s side) – https://www.geni.com