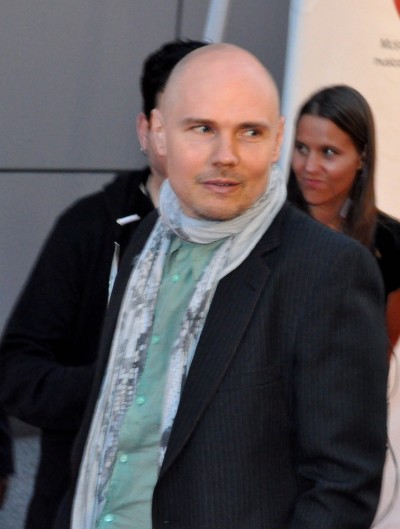 Corgan in 2011, photo by Prphotos.com

Billy is the son of Martha Louise and William Patrick Corgan. He has two children with his partner Chloe Mendel.

Of his ancestry, he has said:

Billy’s paternal grandfather was Herbert Carl Corgan (the son of Peter Carl Corgan and Grace May Alexander). Herbert was born in Illinois. Peter was the son of James Albert Corgan and Louisa/Louiza Ann Grammer, who was of approximately half German descent. Grace was the daughter of James Thomas Alexander and Eliza/Elizabeth Jane Clark.

Billy’s paternal grandmother was Lillian Ruth Wortham (the daughter of Harry Garner Wortham and Wortha Golden Smith). Lillian was born in Kentucky. Harry was the son of George Washington Wortham and Ivy Lillian Cavanaugh/Cavanah. Billy’s great-grandmother Wortha was the daughter of John Filmore Smith and Serena A. Sisk.

Billy’s maternal grandfather was Henry Peter Maes (the son of Ernest Maes and Martha Julia Van Heck). Ernest and Martha were Belgian emigrants, from Roeselare, Belgium. Ernest was the son of Petrus/Peter Maes and Philomene/Philomena Maris Decouter. Martha was the daughter of Harold Harry Vanhecke and Theresa Faillie.

Genealogy of Billy’s paternal grandfather, Herbert Carl Corgan (focusing on his own father’s side) – https://www.ancestry.co.uk