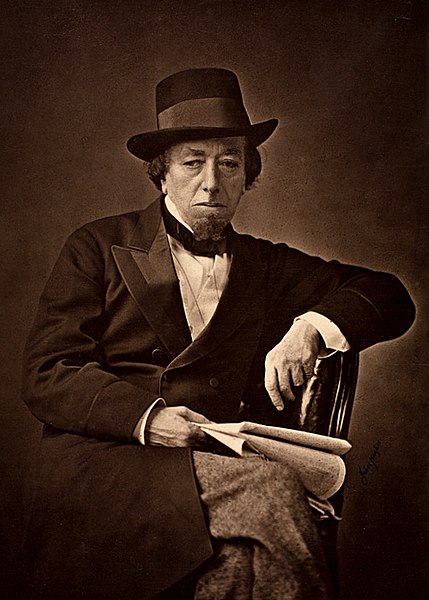 Prime Minister Disraeli was the son of Maria (Basevi), born in Bloomsbury, London, and Isaac D’Israeli, born in Enfield, Middlesex, who was a literary critic, historian, and man of letters. His parents were Sephardi Jews, and the children of Italian Jewish immigrants. In 1817, when Benjamin was twelve, his father had his children baptized into the Church of England, although Benjamin continued to refer to himself as Jewish throughout his adult life.

Prime Minister Disraeli’s paternal grandfather was Benjamin D’Israeli (the son of Isaac Israeli/D’Israeli and Enrichetta/Rica De/Dei Rossi). Benjamin, a merchant and financier, was born in Cento or Ferrara, Italy. Isaac was possibly born in Turkey.

Prime Minister Disraeli’s maternal grandmother was Ricca/Rebecca Rieti (the daughter of Abraham Vita Rieti and Sarah Cardoso). Ricca was born in Mantua, Italy, or in England. Sarah was the daughter of Jacob di David Aboab Cardoso and Hanna Di Baruh.