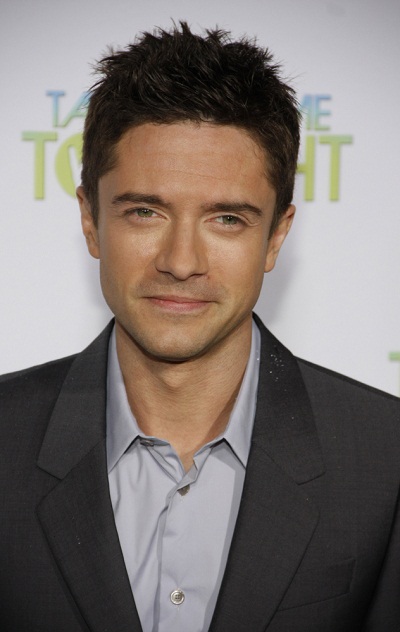 Topher Grace is an American actor.

Topher is the son of Pat and John Grace. His aunt (father’s sister) is actress Sue Grace/Susan Grace. Topher is married to actress and model Ashley Hinshaw, with whom he has two children.

Topher’s paternal grandmother was from a German Jewish family, and Topher’s aunt Susan has acted at the Jewish Women’s Theatre. Topher’s other ancestry is Irish and English.

Topher’s maternal grandfather was Walter Joseph McCabe (the son of George P. McCabe and Mary Mitchell). Walter was born in New York, and was of at least part Irish descent. George was the son of Christopher McCabe and Christina.