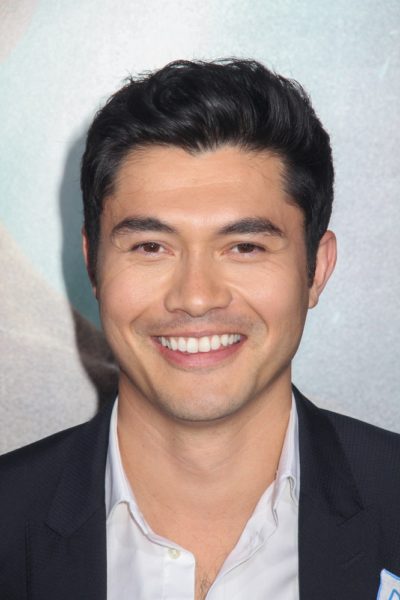 Henry Golding is a British and Malaysian actor, television host, and model. He starred as Nick Young in the film Crazy Rich Asians (2018), and has also had starring roles in A Simple Favor, Last Christmas, and Snake Eyes.

He is the son of Margaret Likan Empang and Clive Golding. His father is English. His mother is from the Iban people of Malaysia. The Iban, also known as Sea Dayaks, are part of the indigenous Dayak people of Borneo. Most of the Iban are located in Sarawak. Henry completed the Iban rite of passage into manhood, the bejalai.

A picture of young Henry with his parents can be seen here.

Henry was raised in Terengganu, on the east coast of Peninsular Malaysia, and then, from a young age in Surrey, England. He speaks English with an English accent. Henry moved to Kuala Lumpur at twenty one to follow his acting career, and lives there, and in Malaysia and Singapore.

Henry is married to Italian-Taiwanese television presenter Liv Lo, with whom he has a daughter.

Of his casting as a Chinese Singaporean character in Crazy Rich Asians, Henry has said:

People were like, ‘This guy’s half-Asian, he’s half-white, he’s not even full Asian,’ and it comes to, like, how Asian do you have to be to be considered Asian?… I’ve lived 16, 17 years of my life in Asia, and that’s most of my life. I was born in Asia, I’ve lived cultures that are synonymous with Asian culture, but it’s still not Asian enough for some people. Where are the boundaries? Where are the lines drawn for saying that you cannot play this character because you’re not fully Asian?

He has also said of the casting question, “It’s totally relevant. I think people have so much more power in influencing films these days… people raising the question if I was Asian enough… I think it was fair. I am half-English. And there’s no denying it… [though] I’ve always thought I looked more Asian than… Eurasian.”

Of his surname, Henry has said:

Golding is really darn Jewish, isn’t it?… My grandfather during the war was in London and as the story goes, he was possibly adopted by a Jewish family by that name. Out of respect he took on their name and it was passed down… So, I’m proud to be an honorary Jew.