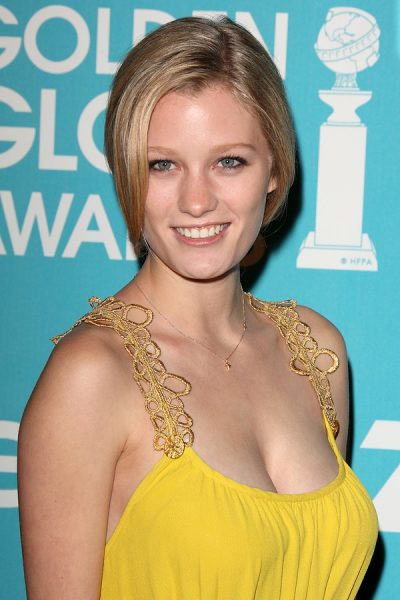 Hinshaw in 2011, photo by kathclick/bigstock.com

Ashley Hinshaw is an American actress and model. She is known for her role on the show StartUp. She has also been billed as Ashley Grace.

She is married to actor Topher Grace, with whom she has two children.

Ashley’s paternal grandfather was Donald Lavon Hinshaw (the son of Harry Lavon Hinshaw and May Goudberg). Donald was born in Muskegon, Michigan. Harry was the son of Leroy Belmont Hinshaw and Amanda Maud McMichael, both with deep lines in the U.S. May was the daughter of Robert J. Goudberg and Margaret Miel, who were both the children of Dutch parents.

Ashley’s paternal grandmother was Dolores Jean Bosse (the daughter of Benjamin Henry Bosse and Ruth Edna Hill). Dolores was born in Muskegon, Michigan. Benjamin was the son of Henry Joseph Bossé and Gertrude Beaudoin, woh were of French-Canadian descent. Ruth was the daughter of Edward Robert Hill, who was likely of German descent, and of May Rosenhauer, who was of German ancestry.