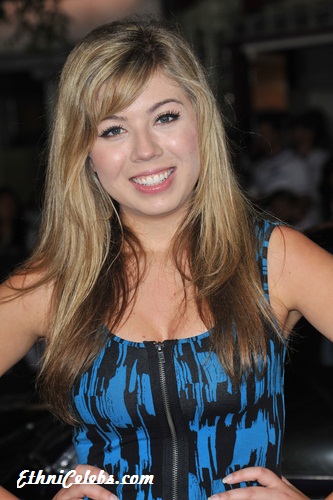 Jennette McCurdy is an American actress, writer, director, podcaster, and singer. She co-starred in the Nickelodeon sitcom iCarly. She has also guest-starred on Malcolm in the Middle, Zoey 101, Will & Grace, Strong Medicine, and Law & Order: Special Victims Unit, among many other series.

Jennette was raised in the LDS (Mormon) church.

Jennette’s maternal grandfather was Roland Joseph LaBeaf (the son of Earl LaBeaf and Josephine Biscotto). Roland was born in California. Earl was the son of Joseph LaBeaf, whose parents were French-Canadian, and of Emma Sawyer. Josephine was born in California, the daughter of Italian parents, Giuseppe Biscotto and Marina Lauria, from Salina, one of the Aeolian Islands north of Sicily.

Jennette’s maternal grandmother is Beverly Tinder (the daughter of Gordon William Tinder and Villie Gertrude Newman). Beverly was born in Utah. Gordon was the son of William Henry Tinder and Ella Celica Romero, and was of English, Mexican, Swedish, Dutch, and distant Scots-Irish/Northern Irish, Scottish, and Polish, ancestry. Villie was born in Utah, the daughter of Matts Johansson Newman/Nyman and Johanna/Hannah Carlson/Carlsson, who were from Finland, and were both of Swedish descent.

Genealogy of Jennette McCurdy (focusing on her mother’s side) – http://gw.geneanet.org