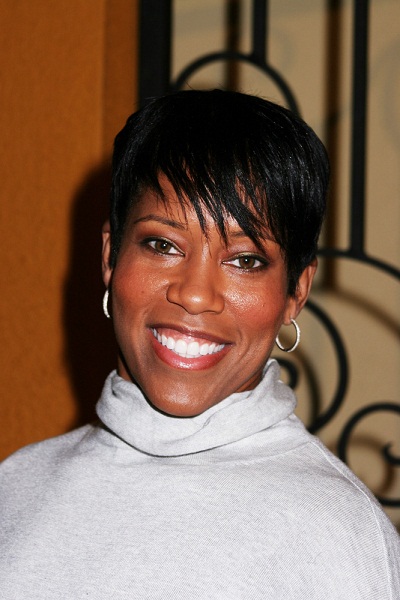 Regina King is an American actress and director. She won the Academy Award for Best Supporting Actress for If Beale Street Could Talk (2018). She has also had leading roles in Poetic Justice, A Thin Line Between Love and Hate, Mighty Joe Young, Ray, This Christmas, and The Harder They Fall, and the show Watchmen, and directed the film One Night in Miami…

Regina is the daughter of Gloria Jean (Cain) and Thomas Henry King, Jr. She is the sister of actress Reina King. They both have first names that mean “Queen,” Regina’s in Latin and Reina’s in Spanish.

She had a son with her former husband Ian Alexander.

A DNA test whose results were displayed on the show Finding Your Roots with Henry Louis Gates, Jr. (2022) stated that Regina’s genetic ancestry is:

Genetically, she was found to have a common ancestor with actress Kathryn Hahn, through Kathryn’s mother’s side, through shared European ancestry.

Regina’s paternal grandfather was Thomas Henry King, Sr. (the son of James Fletcher King and Callie Hardin). Thomas was born in Germantown, Shelby, Tennessee. James was the son of John King and Laura Logan. Callie was the daughter of Bath Hardin and Lucy A. Rilley.

Regina’s paternal grandmother was Ruby May/Mae “Little Mama” Brown (the daughter of Henry V. Brown and Allene Moore). Ruby was born in Memphis, Shelby, Tennessee. Henry was the son of Abraham Brown and Virginia Adams. Allene was the daughter of Billie Sutton or Moore and Teresa/Theresa Moore or Sutton.

Regina’s maternal grandmother was named Beria Loretta Smith (the daughter of Janie Bell Hooks). Beria was born in Alabama. Janie was the daughter of Laurence/Lawrence Hooks and Lou Ann/Anna/Bell Caine.

Sources: Regina’s appearance on Who Do You Think You Are?, 2018 – https://www.youtube.com