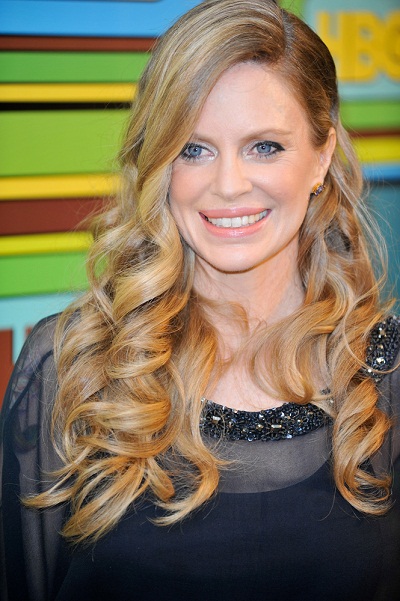 Ethnicity: German, as well as one eighth Bohemian Czech and 1/32 Dutch

Kristin Bauer van Straten is an American actress. She is known for her roles on the shows True Blood and Once Upon a Time.

She is married to Abri van Straten, a South African singer and songwriter.

Kristin’s maternal grandfather was Sgt. Harry Jerry Voelker (the son of Gerhard Voelker, Jr. and Elizabeth Sebastian). Harry was born in Racine, Wisconsin. Gerhard was the son of emigrants from Germany, Gerhard Voelker, Sr. and Karolina Van Der Grinten, whose own father was of Dutch descent. Elizabeth was the daughter of Bernard Sebastian, a German immigrant, and of Marian Josephine Bernhard, whose parents were also German immigrants.

Kristin’s maternal grandmother was Verna Katharine Wichern (the daughter of Charles Wichern and Anna Petrick). Verna was born in Racine, Wisconsin. Charles was a German immigrant, and was the son of Heinrich Wichern, from Hanover, and of Charlotte Frick. Anna was the daughter of Czech emigrants, from Bohemia, John Petrick and Anna Wanes.