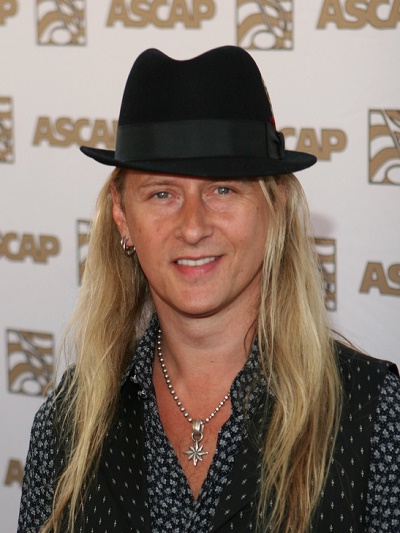 He is the son of Gloria and Jerry Cantrell, Sr. His father was from Atoka, Oklahoma.

Jerry’s patrilineal ancestry can be traced back to his twenty-first great-grandfather, John Cantrell.

Jerry’s paternal grandmother was Opal Harriett Lain (the daughter of Elijah Houston “Lige” Lain and Sarah Harriet “Babe” Tomlinson). Opal was born in Atoka, Oklahoma. Lige was the son of Braddock Harris Lain and Josephine Greer. Sarah was the daughter of Benjamin Franklin “Frank” Tomlinson and Harriet/Harriett Gardner, who was of three quarters Choctaw descent. A picture of Opal can be seen here.

Jerry’s maternal grandfather was Elmer James Krumpos (the son of Matey “Matthew/Mike” Krumpos and Barbara Zdeneková). Elmer was born in Lankin, North Dakota, to Czech emigrants, from Bohemia. Matey was the son of Gabriel Krumpos and Marie Kadlecová, and was likely from Plzeň. Barbara was from Tabor, and was the daughter of Václav “James/Wencelsaus” Zdeněk and Anna Barešová.

Jerry’s maternal grandmother was Dorothy Elizabeth Aus (the daughter of Johannes “John” Pettersen, later Sandaas, Aus, and Anna Kristine Olsdatter Skjæggeby). Dorothy was born in Eatonville, Washington. Johannes was a Norwegian emigrant, from Skjeberg (now part of Halden), and was the son of Petter Anton Johannesen Hornas Østre and Elisabet Hansdatter Aagento. Anna was also a Norwegian emigrant, from Borge (now part of Fredrikstad), and was the daughter of Ole Christian Andreasen Rødroen and Anette Christine Hedwig Christiansdatter Steengaden.