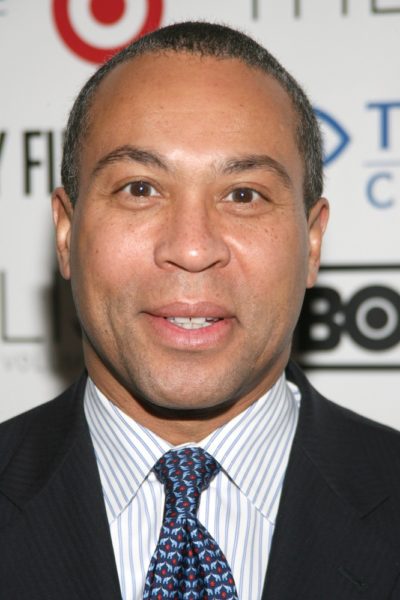 Deval Patrick is an American politician, civil rights lawyer, author, and businessperson. A member of the Democratic Party, he was U.S. Assistant Attorney General for the Civil Rights Division, from April 22, 1994 to January 20, 1997, and Governor of Massachusetts, from January 4, 2007 to January 8, 2015.

Deval is the son of Emily Mae (Wintersmith) and Pat Patrick (Laurdine Kenneth Patrick, Jr.), a jazz musician and composer, who was a member of Sun Ra’s band. His parents were both black. His mother had deep roots in Kentucky.

He is married to labor and employment lawyer Diane Bemus, with whom he has two children.

A DNA test whose results were displayed on the show Finding Your Roots with Henry Louis Gates, Jr. (2014) stated that Deval’s genetic ancestry is:

Deval’s patrilineal and matrilineal DNA lines both lead to Europe.

Deval’s paternal grandfather was Laurdine Kenneth Patrick (the son of George Patrick and May Straughters). Laurdine was born in Kansas. George was the son of Thomas/Thompson Patrick and Amanda Tidings.

Genealogy of Deval Patrick (focusing on his father’s side) – https://www.geni.com