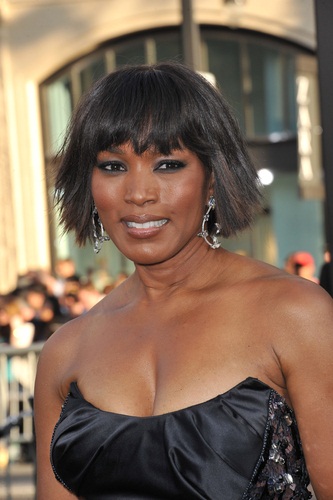 Angela Bassett is an American actress, director, and activist. She is known for her roles in the films What’s Love Got to Do with It, Waiting to Exhale, How Stella Got Her Groove Back, Boyz n the Hood, Malcolm X, Panther, Notorious, Green Lantern, Olympus Has Fallen, and Black Panther, and the series 9-1-1, which she also produces; among many other works.

Angela is the daughter of Betty Jane and Daniel Benjamin Bassett. She is married to actor Courtney B. Vance, with whom she has two children. Her middle name is in honor of her aunt Evelyn. Angela was raised partly by her aunt (father’s sister) Golden.

Angela’s paternal grandfather was Daniel Benjamin Bassett, Sr. (the son of William Henry Bassett, who was born under the surname Ingram, and of Martha Jane Price). Daniel was born in Virginia. William was the son of George Ingram and Jinney.

Angela’s paternal grandmother was Brownie Younger (the daughter of Henderson Younger and Harriet Snow). Brownie was born in North Carolina.

Angela’s maternal grandfather was Leroy Gilbert (the son of Jimmie T. Gilbert and Annie Lee Bryant). Leroy was born in Georgia. Jimmie was the son of Louis Gilbert and Louisa Johnson.

Angela’s maternal grandmother was Emma Jean Stokes (the daughter of Slater Samuel Stokes and Miner/Mina/Minnie Lee Jackson). Emma was born in Georgia. Slater was the son of Judge/Jordan Stokes and Henrietta Miller. Miner was the daughter of Bryant Jackson and Emma Michael.

A DNA test taken by the show Finding Your Roots with Henry Louis Gates, Jr. (2014) stated that Angela’s genetic ancestry is:

The DNA test stated that much of Angela’s African DNA was from Nigeria, with small parts from Benin and Togo, Cameroon and Congo, Mali, southeastern Bantu (Angola), Ivory Coast and Ghana, Senegal, and the South Central hunter-gatherers. Much of her European DNA was from Great Britain.

Genetically, she was found to have a common ancestor with singer and songwriter Rosanne Cash.