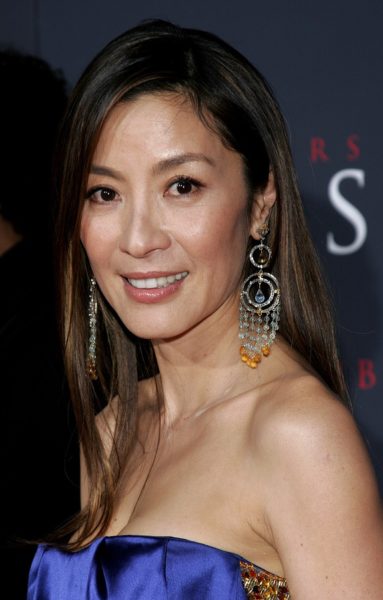 Yeoh in 2005, photo by Starfrenzy/bigstock.com

Michelle Yeoh is a Malaysian actress. She has starred in the films Crouching Tiger, Hidden Dragon, Memoirs of a Geisha, and Crazy Rich Asians, among many others. She has also been credited as Michelle Khan.

Michelle was born in Ipoh, Perak, Malaysia, to ethnic Chinese parents, Janet Yeoh and Yeoh Kian Teik, who is a lawyer and MCA politician. Her family is of Hokkien descent.

She spent some of her teen years studying in the U.K.

Source: Genealogy of Michelle Yeoh (focusing on her father’s side) – https://www.geni.com