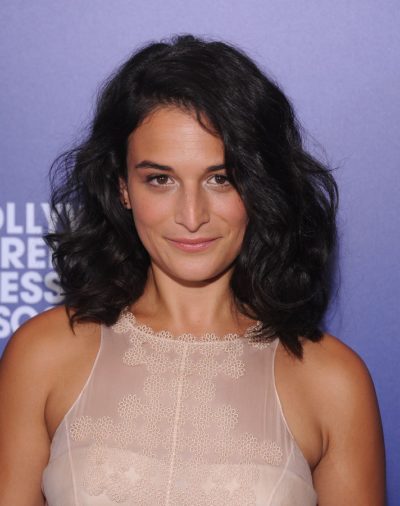 Slate in 2014, photo by DFree/Bigstock.com

Ethnicity: Ashkenazi Jewish, as well as about one eighth Sephardi Jewish

Jenny Slate is an American comedian, actress, and author.

She is the daughter of Nancy, a ceramist, and Ron Slate, a businessperson. Her parents are both Jewish (their families from were originally from Russia, Turkey, Austria, and Poland). She is married to Ben Shattuck, with whom she has a daughter. Ben’s mother is the owner and namesake of the Dedee Shattuck Gallery of contemporary art in Massachusetts.

Jenny’s paternal grandfather was Paul Benjamin Slate (the son of Jacob Slatkes/Slate and Ethel Hurwitz). Paul was born in Massachusetts, to Russian-born parents, with the original family surname being Slatekowitch. Jacob was the son of Louis Slatkes and Eva Homberg. Ethel was the daughter of Louis/Yechiel Hurwitz and Anna Peltz.

Jenny’s paternal grandmother is named Raquel/Rochelle Schwartz (the daughter of Abram/Albert Schwartz). Raquel was born in Havana, Cuba, to parents from Russia and Turkey, and was raised in Paris, France.

Jenny’s maternal grandfather is Lester Gilson (the son of Harry Gilson and Sophie Karmatz). Lester was born in New York. Harry was born in Pennsylvania, to Austrian-born parents, Lewis Gilson and Bessie.

Genealogy of Jenny’s mother (focusing on her own mother’s side) – https://www.geni.com