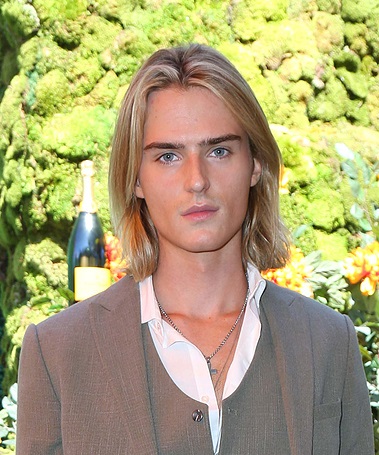 Eisner in 2019, photo by kathclick

Luke Eisner is an American actor and model. He has appeared in the Tall Girl films.

Luke’s paternal grandfather was William Ferdinand “Willis” Eisner (the son of Frederick William Carl Eisner and Elsie Marie Swanson). Willis was born in Sheboygan, Wisconsin. Frederick was the son of Ferdinand Eisner, who was the son of German emigrants, from Saxony, and of Anna Augusta Fuchs, who was a German emigrant, from Bad Staffelstein, Bavaria. Elsie was the daughter of John Julius Swanson, whose father was Swedish and whose mother was German; and of Emma Gulbransen, a Norwegian emigrant, from Aker, Akershus.