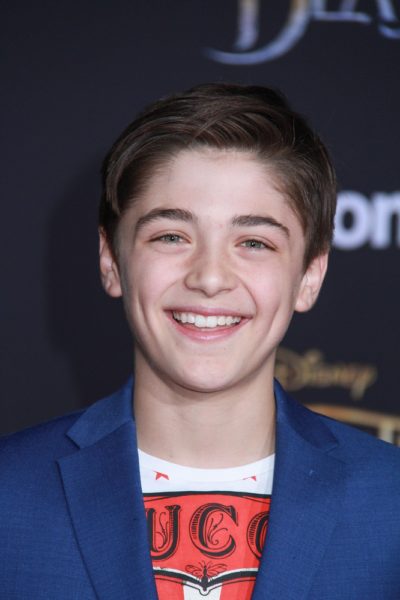 Asher Angel is an American actor and singer. He stars as Billy Batson in the film Shazam! (2019). The character was played by Michael Gray in the 1970s television series.

Asher is Jewish and had a Bar Mitzvah ceremony. His first and middle names are Hebrew, Asher meaning “happy” and Dov meaning “bear,” therefore, “happy bear.”

He is the brother of London Bleu and Avi Angel.

Asher’s paternal grandmother is Pamela Doshay (the daughter of Carl Doshay and Ann Fink). Pamela was born in California. Carl was born in New York, the son of a Russian Jewish father, Hersch Dashewsky/Harry Doshay, from Kiev, and of a Polish Jewish mother, Gussie/Gussia Citron/Sitron.

Asher’s maternal grandfather is art world figure Dennis Yares (the son of Samuel/Sam Isaac “Sol” Schoffman and Riva/Rivka Kilstok). Samuel was born in Latvia, the son of a Lithuanian Jewish father, Shneur Zalman/Salman/Salmon Schoffman, from Vilna, and of a Russian Jewish mother, Leah Minkoff. Asher’s great-grandmother Riva is a writer, publishing executive, and art dealer, known by her remarriage name Riva Yares. She founded The Riva Yares Gallery in 1964 in Scottsdale. She was born in Tel Aviv, Israel, the daughter of Fishel Kilstok and Sala Singer, who were Polish Jews.

Asher’s maternal grandmother is Juliet Newbury (the daughter of Forrest Irving Newbury and Leola Pearl Anderson). Juliet was born in California. Forrest was the son of Forrest Irving Newbury and Ruth Cleva Bruce. Leola was the daughter of Thomas Franklin “T. F.” Anderson and Jessie Sesonia/Seconia Wallis. Known as “Penny,” Asher’s great-grandmother had a professional singing career in the 1930s and 1940s in Phoenix.