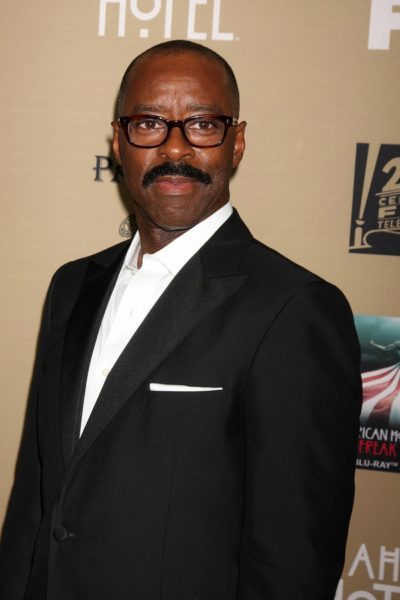 Vance in 2015, photo by kathclick/Bigstock.com

Courtney B. Vance is an American actor.

Courtney is the son of Leslie Anita (Daniels) and Conroy Vance. He is married to actress and director Angela Bassett, with whom he has two children.

Courtney’s father was raised by a couple named John B. and Lucille Cooper.

Courtney’s maternal grandfather was Lloyd Abbott Daniels (the son of Reece Daniels and Rosa Irving). Lloyd was born in Oklahoma.

A DNA test taken by the show Finding Your Roots with Henry Louis Gates, Jr. (2014) stated that Courtney’s genetic ancestry is:

In his 2016 book about the show, Finding Your Roots, Season 2: The Official Companion to the PBS Series, Henry Louis Gates, Jr. wrote that Courtney’s African DNA includes ancestry from Nigeria, Ivory Coast/Ghana, Cameroon/Congo, and Senegal.