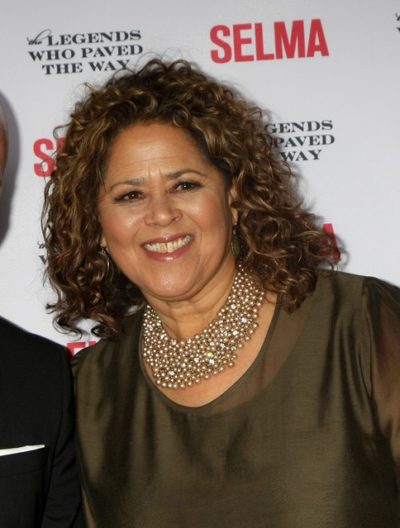 Smith in 2014, photo by kathclick/Bigstock.com

Anna Deavere Smith is an American actress, playwright, and professor. She is the daughter of Anna Rosalind (Young), an elementary school principal, and Deaver Young Smith, Jr., a coffee merchant. Her parents were both African-American.

Anna’s paternal grandfather was named Deaver Young Smith (the son of Stanley Smith and Mary). Stanley was the son of Mary Smith.

Anna’s paternal grandmother was named Virginia S. Biggs (the daughter of Calvin H. Biggs and Julia A.). Calvin was the son of Basil Biggs and Mary Jane Jackson.

A DNA test taken by the show Finding Your Roots with Henry Louis Gates, Jr. (2014) stated that Anna’s genetic ancestry is:

In his 2016 book about the show, Finding Your Roots, Season 2: The Official Companion to the PBS Series, Henry Louis Gates, Jr. wrote that Anna has African ancestors from the Ivory Coast and Ghana, as well as Angola, Cameroon, Congo, and Sengal, and that 41% of her European ancestry is from Great Britain, with remote Scandinavian, Finnish, Russian, Italian, and Greek. Her African ancestry is also Igbo, from Nigeria.

Source: Genealogy of Anna Deavere Smith (focusing on her father’s side) – https://www.geni.com