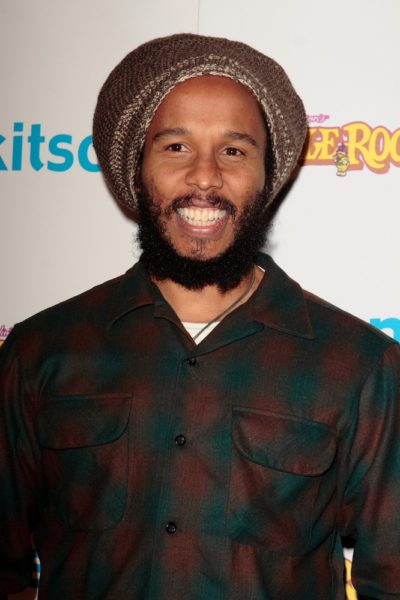 Ziggy Marley is a Jamaican singer, songwriter, musician, producer, voice actor, and philanthropist. He was a member of the reggae group Ziggy Marley and the Melody Makers, which consisted of him and his siblings.

Ziggy is the half-brother of entrepreneur and football player Rohan Marley and musician Damian Marley. His nephew is musician Skip Marley. Ziggy is married to Orly Agai, who is Israeli. Ziggy has four children with Orly, and three from previous relationships.

Ziggy’s paternal grandfather was Norval Sinclair Marley (the son of Albert Thomas Marley and Ellen Bloomfield). Norval was born in Clarendon, Jamaica, of English descent. Albert was the son of Frederick Marley and Hannah Jane Tiltman. Ellen was the daughter of Richard Bloomfield.

Ziggy’s paternal grandmother was Cedella Malcolm (the daughter of Omeriah/Amariah Malcolm and Alberta/Albertha Willoughby/Whilby). Cedella was a black Jamaican, and was born in Rhoden Hall, St Ann. Omeriah was the son of Robert Malcolm and Katherine Bygrave. Alberta was the daughter of David/Daniel Willoughby and Hannah/Anna Downs.

Genealogy of Ziggy Marley (focusing on his father’s side) – https://www.geni.com