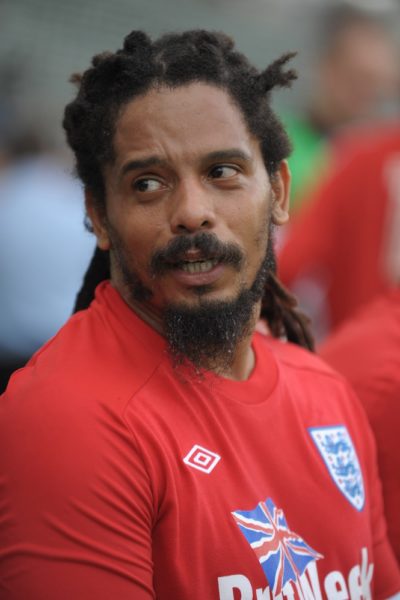 Marley in 2010, photo by Prphotos.com

Rohan Marley is a Jamaican-born American entrepreneur and football player.

He was born in Kingston, Jamaica. His father was Jamaican musician Bob Marley. According to the book Bob Marley: A Biography (2007), by David Vlado Moskowitz, Rohan’s mother was a dancer named Janet Hunt (or possibly Dunn). Rohan was raised by Bob and his wife, Rita (born Alpharita Constantia Anderson), from the age of four.

Rohan is married to Brazilian model and singer Barbara Fialho. He has two children, including professional football player Nico Marley, with his former wife Geraldine Khawly; five children, including fashion model and singer Selah Marley, with his former partner, singer, songwriter, rapper, actress, and record producer Lauryn Hill; and a daughter with Barbara.

Rohan’s paternal grandfather was Norval Sinclair Marley (the son of Albert Thomas Marley and Ellen Bloomfield). Norval was born in Clarendon, Jamaica, of English descent. Albert was the son of Frederick Marley and Hannah Jane Tiltman. Ellen was the daughter of Richard Bloomfield.

Rohan’s paternal grandmother was Cedella Malcolm (the daughter of Omeriah/Amariah Malcolm and Alberta/Albertha Willoughby/Whilby). Cedella was a black Jamaican, and was born in Rhoden Hall, St Ann. Omeriah was the son of Robert Malcolm and Katherine Bygrave. Alberta was the daughter of David/Daniel Willoughby and Hannah/Anna Downs.

Genealogies of Rohan Marley (focusing on his father’s side) – http://wc.rootsweb.ancestry.com
https://www.geni.com