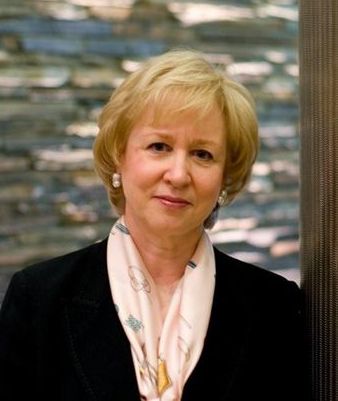 photo By Skcdoenut (Own work) [CC BY-SA 3.0], via Wikimedia Commons

Kim Campbell is a Canadian politician, lawyer, university professor, diplomat, and writer. A member of the Progressive Conservative Party, she served as the nineteenth Prime Minister of Canada, from June 25, 1993, to November 4, 1993. As such, she is Canada’s first (and thus far, only) female Prime Minister.

Three of Prime Minister Campbell’s grandparents were Scottish. Her maternal grandfather was born in Canada, of Scottish, and some English, descent.

Sources: Genealogies of Kim Campbell (focusing on her mother’s side) – http://www.everywhereacookcooke.com
https://www.geni.com