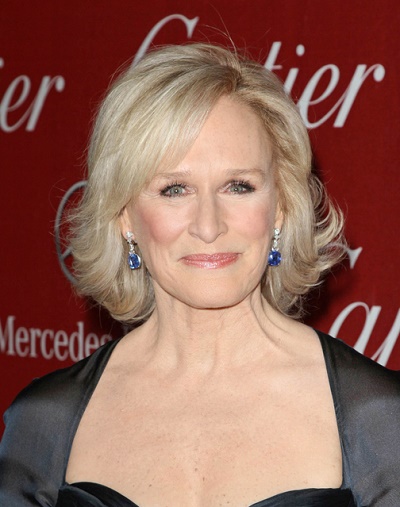 Glenn Close is an American actress, singer, and producer. Her roles include The World According to Garp, The Big Chill, Reversal of Fortune, 101 Dalmatians, Albert Nobbs, and Fatal Attraction. She is the daughter of Elizabeth Mary Hester “Bettine” Moore Close, a socialite and philanthropist, and William Close (William Taliaferro Close), a prominent surgeon. Her parents were from upper-class families, and both had substantial New England (Connecticut, Massachusetts) ancestry going back to the 1600s, as well as her paternal grandmother’s deep Virginia roots. She was raised in a stone cottage on her maternal grandfather’s estate in Greenwich. Her parents were part of the moral and spiritual movement Moral Re-Armament for much of her childhood, and she also spent time at private boarding schools in Switzerland and Connecticut, and living in African countries. She was part of the singing group Up With People.

Glenn has a daughter, actress Annie Starke, with her former partner, producer John Starke. Annie played the younger version of Glenn’s character in The Wife (2017).

Glenn is of mostly English ancestry, along with small amounts (to varying degrees) of Scottish, German, Dutch, French, and Welsh, and remote Swiss-German. Glenn is also a descendant of Bartolomeo/Bartholomew Taliaferro, an Italian, who was born, c. 1562, in Venice, Italy, and who moved to England and married an Englishwoman, Joane Lane.

A DNA test whose results were displayed on the show Finding Your Roots with Henry Louis Gates, Jr. (2021) stated that Glenn’s genetic ancestry is:

Glenn’s patrilineal line can be traced to Goodman Close, who was born, c. 1600, likely in Yorkshire, England, and to his wife Elizabeth.

Glenn’s paternal grandmother was Elizabeth/Betsey Taliaferro (the daughter of Edwin Munford Taliaferro and Catherine/Kate Mitchell). Elizabeth was born in Galveston, Galveston Co., Texas. Edwin was the son of Thomas Booth Taliaferro, who was a slaveowner, and of Mary Munford Sinclair. Catherine was the daughter of William Murray Mitchell and Elizabeth/Lizzie Irvin Joyner.