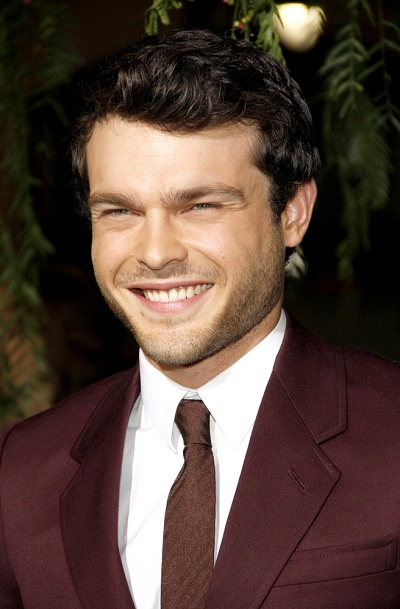 Ehrenreich in 2013, photo by PRphotos

Alden Ehrenreich is an American actor. He has starred in the films Tetro, Beautiful Creatures, Rules Don’t Apply, and, as the title role, in Solo: A Star Wars Story.

Alden was born to Jewish parents, Sari and Mark Shane Ehrenreich. He was raised in Reconstructionist Judaism, and had a Bar Mitzvah ceremony.

Seven of Alden’s eight great-grandparents were born Jewish, from Jewish emigrant families, (from Austria, Hungary, Russia, Poland, and Bohemia). One of Alden’s paternal great-grandmothers was not born Jewish, and was of British Isles ancestry.

Alden has stated that he took a 23andMe DNA test, and was surprised to find out that his genetic ancestry included:

Alden’s maternal grandfather was Reginald Paul Newmann (the son of Berthold Newmann/Neumann/Newman and Lena/Lina Winter/Winters). Reginald was born in Chicago, Illinois. Berthold was a Jewish emigrant, who born in Austria, the son of Heinrich/Henry Neumann/Newmann/Newman and Regina Ziegler. Lena was also a Jewish emigrant, born in Newaglipez, in the Austro-Hungarian Empire, the daughter of Heinrich Winter and Hani Teschner.